New Delhi, (IANS) At a time when researchers and health care providers globally are debating over an ideal blood pressure (BP) level for you - with changing lifestyles and stress being a major part of everyday life - the Indian health experts still vouch for the traditional 120/80 BP reading -- even a tad lower -- for all age groups. 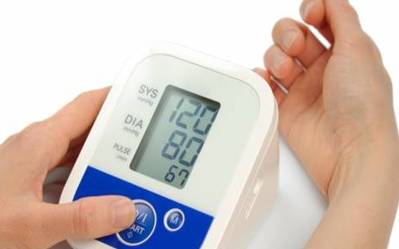 A significant research published in the journal Heart Asia this month had warned that the European and North American blood pressure guidelines - issued last year at 140/90 mmHg being the new normal - may actually increase the stroke risk if adapted for Asian patients, particularly the elderly.

“High blood pressure is a key risk factor for stroke, but the link between the two is much stronger in Asians than it is in Europeans or North Americans,” the authors wrote.

“I agree that there has been a shift in the trend because of high sodium intake, lack of exercise, workplace stress and high levels of stress, but 120/80 is what one should aim to achieve,” says Dr Manoj Kumar, associate director (department of cardiology) at Max Hospital in the capital.

According to a recent World Health Statistics report, 23.10 percent men and 22.60 percent women above 25 years suffer from hypertension in India.

When your heart beats, it contracts and pushes blood through the arteries to the rest of the body. This force creates pressure on the arteries and is called systolic blood pressure (top reading). A normal systolic BP reading is 120 or a bit less.

“We currently recommend the western guidelines, specially JNC8, where 140/90 is the cut off value for diagnosing and initiating treatment of hypertension,” Dr Neeraj Bhalla, director and senior consultant (cardiology) at BLK Superspecialty Hospitals, told IANS.

The Eighth Joint National Committee (JNC8) in the US recently released evidence-based recommendations for the management of hypertension in adults.

However, when it comes to Indian patients, there is a lack of large scale randomised, controlled trials.

There is currently a trial by the name of SPRINT in North American patients where a BP reading less than 120/80 reduced incidence of cardio-vascular events in participants over a period of time.

“Following the JNC8 guidelines published in 2014, the consensus for target BP was less than 140/90. However after the recent SPRINT trial, it should be even less than 120/80 as has been the practice for the last several decades,” advises Dr Subhash Chandra, chairman, (cardiology) at BLK.

Dr Bharat Kukreti, senior consultant (cardiology) at Paras Hospital in Gurgaon shared a recent case study of 26-year-old Sid who came to him with the complaint of headache and visual blurring.

"When his BP was measured, it came 200/130. Medications were given on priority and he felt better. If timely action was not taken then he would have suffered from either brain hemorrhage or heart failure,” he told IANS.

Those with less than 140/90 or pre-hypertensive reading, should go for lifestyle modification.

“Low sodium intake, periodical evaluation of blood pressure and regular exercise are the keys. However, medication can aid if the BP crosses 140/90,” advises Dr Kumar who has seen many patients with hypertension who were investigated and treated successfully with anti-hypertensive drugs.

An ideal weight, low salt intake (not more than five gram a day), regular exercise, abstinence from tobacco and smoking, moderate alcohol intake (45ml drink thrice a week) is what he suggests to control the BP.

Those with a family history of hypertension are advised to check their BP regularly.

Doctors also advise dietary approach to stop hypertension. For a 2100 K-calorie diet daily, fats should contribute about 27 percent of which saturated fats should only be six percent, proteins 18 percent and carbohydrates about 55 percent.

Daily recommendation for sodium intake is around 2.3 gram, potassium around 4.7 gram, calcium 1.25 gram and magnesium 500 mg.

“We should take at least 30 grams of fibres daily and cholesterol intake should be less than 150 mg. Nearly 30-45 minutes of moderate intensity exercise for five days a week is a sure bonus,” Dr Bhalla points out.