(CNN) A new breakthrough in cancer research could lead to a novel form of cancer treatment -- one that is highly specialized for each patient.

Researchers discovered that even though cancer cells mutate wildly within a person's body, the cancer cells within each patient also have common mutations -- ones that could be isolated and fought off by certain immune cells.

Think of it this way: A patient's cancer cells all start off with the same tree trunk, but then grow different kinds of branches. The new research shows certain immune cells can "chop the tree at the trunk rather than just pruning the branches," Dr. Sergio Quezada told CNN.

Quezada, from the University College London's Cancer Institute, co-authored the study, which was published Thursday by Science magazine.

For years, one of the biggest obstacles in fighting cancer has been the fact that a tumor's cancer cells are not all the same. 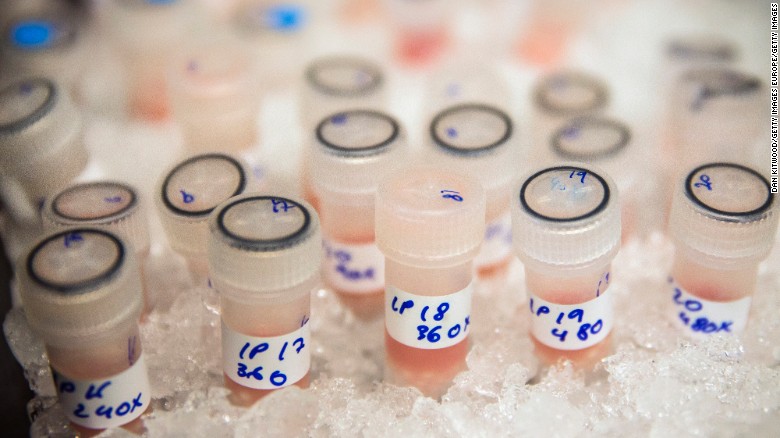 In a statement to Cancer Research UK, he likened the fight against cancer to police chasing a wide array of criminals.

"The body's immune system acts as the police trying to tackle cancer, the criminals. Genetically diverse tumours are like a gang of hoodlums involved in different crimes -- from robbery to smuggling. And the immune system struggles to keep on top of the cancer -- just as it's difficult for police when there's so much going on," he said.

"Our research shows that instead of aimlessly chasing crimes in different neighborhoods, we can give the police the information they need to get to the kingpin at the root of all organized crime -- or the weak spot in a patient's tumor -- to wipe out the problem for good."

What this means for treatment
Quezada told CNN this discovery could lead to two kinds of treatment:

1) Making customized vaccines to target the core mutations in each patient.

2) Identifying which immune cells, or T-cells, can fight off those core mutations, then multiplying those T-cells in a lab.

Quezada said the customized vaccines would be "the ultimate personalized form of therapy."

"This would mean basically taking a cancer tumor, finding the trunk, and then designing a vaccine (to) inject in the patent," he said.

"The second approach is to 'fish' these cells -- T-cells -- that recognize the trunk, expand them outside the patient" and inject them in the body.

Quezada said no human trials have started using either approach in light of the study, but said he hopes trials will begin within five years.

Read: Blindsided by cancer? 5 things to do

The limitations
But the discovery doesn't mean all cancer patients will be cured soon. The potential for new treatment also has several limitations.

First is "the speed at which you can generate personalized therapy," Quezada said. "Some cancers go really fast."

Developing a customized vaccine, for example, could take more time than a cancer patient has.

Second, it would be expensive. Quezada said he doesn't have an estimate on how much either type of treatment would cost, but given the highly customized nature of each, it could be extremely expensive.

"That's going to be an important point of this discussion," he said.

Finally, such treatments would likely work better for some types of cancer than others. Quezada said he believes lung cancer and melanoma would be the most likely to respond well to such treatment.

massive collaboration
A team of 36 international researchers worked on the study, which included scientists from the London, the United States, Denmark and Germany. The study was funded by Cancer Research UK and the Rosetrees Trust.

"It's the most amazing collaboration I've ever worked on, Quezada said. "It's been an amazing roller coaster."

The next roller coaster will be determining when patients could receive the treatments -- and learning how well they might work.