Cataracts may increase depression in elderly

Beijing, (IANS) Older adults with cataracts -- clouding of the normally clear lens of the eye -- are more likely to have symptoms of depression, independent of lifestyle factors and visual acuity, a study has found.

The vision loss might cause older adults to become isolated and withdrawn and delve deeper into depression, which might make them less likely to seek treatment for cataracts, the study said. 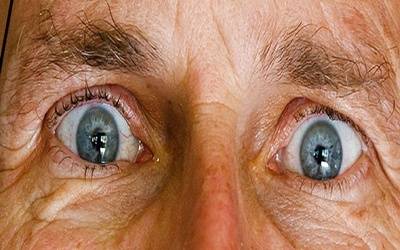 The findings showed that symptoms of depression were more common in women than men.

Older adults with low levels of education were likely to have a 50 per cent increase in depressive symptoms than those who were highly educated.

There was no difference in depressive symptoms between the elderly with cataracts in one eye versus both eyes.

"Our study sheds further light on the complex relationship between ageing, vision loss, cataract, and depression and suggests that there may be a role for cataract surgery in improving mental health in the elderly," said Haifang Wang, from Soochow University in Suzhou, China.

Age-related cataracts are the leading cause of visual impairment worldwide and are expected to increase as population demographics shift towards advancing age.

For the study, the team included nearly 4,600 older adults (60 years or older) from China.

The participants also underwent a clinical eye examination to rate the presence and severity of cataracts.

"These results suggest that optometrists and vision care professionals should think beyond the direct effects of cataracts on visual impairment. We should also consider the broader impact that vision loss may have on mental health and well-being," the researchers said.

The study is published in the journal Optometry and Vision Science.