New York, (IANS) Anxious parents are more likely to have anxious children, a study on rhesus monkeys has revealed. It added that the risk of developing anxiety and depression is passed from parents to children. 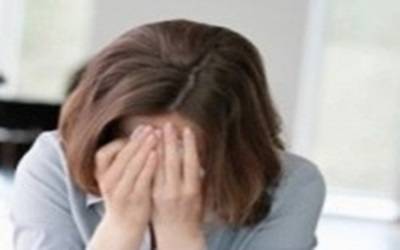 An over-active brain circuit involving three brain areas inherited from generation to generation may set the stage for developing anxiety and depressive disorders, said the researchers from University of Wisconsin-Madison.

“Over-activity of these three brain regions are inherited brain alterations that are directly linked to the later life risk to develop anxiety and depression,” said senior study author Ned Kalin.

The findings showed that elevated activity in the brain areas is likely involved in mediating the in-born risk for extreme anxiety and anxious temperament that can be observed in early childhood.

Monkeys, like humans, can be temperamentally anxious and pass their anxiety-related genes on to the next generation.

By studying nearly 600 young rhesus monkeys, the team found that about 35 percent of variation in anxiety-like tendencies is explained by family history.

To a certain extent, anxiety can provide an evolutionary advantage because it helps an individual recognise and avoid danger.

“But when the circuits are over-active, it becomes a problem and can result in anxiety and depressive disorders," Kalin explained.

Surprisingly, the study found that it was the function of brain structures - and not their size - that was responsible for the genetic transfer of an anxious temperament.

“Now that we know where to look, we can develop a better understanding of the molecular alterations that give rise to anxiety-related brain function,” Kalin noted.

The findings are a big step in understanding the neural underpinnings of inherited anxiety and begins to give scientists more selective targets for treatment.

The study was published in the journal Proceedings of the National Academy of Sciences (PNAS).