New York, July 5 (IANS) A drug originally meant for diabetics may help obese individuals without diabetes shed weight and also keep it off, suggests a research. 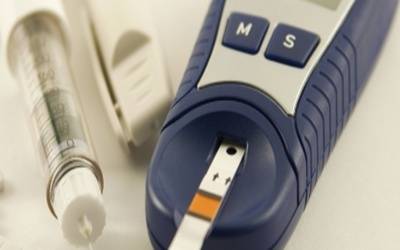 A little more than one year of treatment with the drug named Liraglutide was found to reduce at least five percent of body weight in over 60 percent of study participants.

"It is a very effective drug. It seems to be as good as any of the others on the market, so it adds another possibility for doctors to treat patients who are having trouble either losing weight or maintaining weight loss once they get the weight off," Xavier Pi-Sunyer, professor of medicine at the Columbia University Medical Center in New York City was quoted as saying by Live Science.

The researchers conducted a 56-week trial involving 3,731 patients who did not have Type-2 diabetes and who had a body-mass index (BMI) of 30 or a BMI of at least 27 if they if they also had high cholesterol or high blood pressure.

The researchers found that a total of 63.2 percent of the patients in the liraglutide group as compared with 27.1 percent in the placebo group lost at least five percent of their body weight.

Among the patients on liraglutide, 33 percent lost at least 10 percent of their body weight.

Only 11 percent of the placebo group lost that much weight.