New York, (IANS) Type 2 diabetes (T2D) is associated with a 26 per cent increase in the risk of death from cancers of kidney, thyroid, liver and prostate in Asians, including Indians, warn researchers. 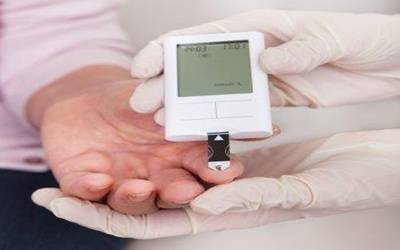 Previous research had suggested that at any given body mass index (BMI), Asians are more susceptible to developing insulin resistance, and go on to have a higher prevalence of Type 2 diabetes in comparison with Europeans.

The new findings, based on seven Asian countries including India, showed that having Type 2 diabetes led to a 26 per cent increase in the risk of dying from any form of cancer, even when taking into account factors such as BMI, alcohol consumption and smoking.

Furthermore, statistically significant links were found between Type 2 diabetes and the risk of death from cancers of liver, pancreas, bile duct, colorectum and breast.

"Type 2 diabetes should be considered as a risk factor for cancers in Asians, especially for liver cancer which has a high incidence in Asians," said Yu Chen, Associate Professor at the New York University School of Medicine.

For the study, the team analysed 19 cohorts with a population of 658,611 east Asians and 112,686 South Asians from India, China, Taiwan, Singapore, South Korea, Japan and Bangladesh.