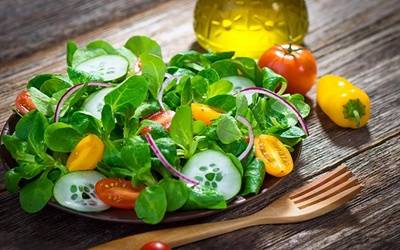 "We find that copper is essential for breaking down fat cells so that they can be used for energy," said lead researcher Chris Chang, professor at the University of California - Berkeley.

"It acts as a regulator. The more copper there is, the more the fat is broken down,” Chang noted.

The nutrient is plentiful in foods such as oysters and other shellfish, leafy greens, mushrooms, seeds, nuts and beans.

“We think it would be worthwhile to study whether a deficiency in this nutrient could be linked to obesity and obesity-related diseases," Chang said.

"Copper is not something the body can make, so we need to get it through our diet," he pointed out.

But the researchers caution against ingesting copper supplements as a result of these study results.

Too much copper can lead to imbalances with other essential minerals, including zinc.

An adult's estimated average dietary requirement for copper is about 700 micrograms per day, according to Food and Nutrition Board, Institute of Medicine, National Academies of Sciences in the US.

The researchers made the copper-fat link using mice with a genetic mutation that causes the accumulation of copper in the liver.

The findings appeared online in the journal Nature Chemical Biology.

The connection between copper and fat metabolism is not altogether surprising. The researchers actually found hints of the link in the field of animal husbandry.

"It had been noted in cattle that levels of copper in the feed would affect how fatty the meat was," Chang said.

"This effect on fat deposits in animals was in the agricultural literature, but it hadn't been clear what the biochemical mechanisms were linking copper and fat," he noted.