Toronto,(IANS) Eating protein equally in the three daily meals could lead to greater mass and muscle strength in the elderly, says a study.

Many seniors consume the majority of their daily protein intake at lunch and dinner. The new study suggests that breakfast should also be protein rich. 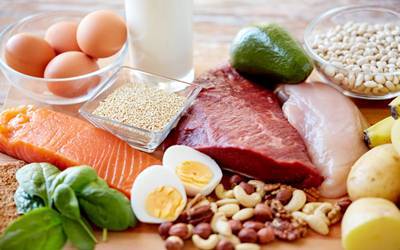 "We wanted to see if people who added protein sources to breakfast, and therefore had balanced protein intake through the three meals, had greater muscle strength," said the lead author of the study, Stephanie Chevalier, Assistant Professor at McGill University in Canada.

For the study, published in the American Journal of Clinical Nutrition, the research team examined both the amount of protein consumed and its distribution among people aged 67 and over.

Chevalier and her team used the database from a study which included nearly 1,800 people who were followed for three years.

They reviewed the protein consumption patterns of 827 healthy men and 914 healthy women aged 67 to 84 years, all residents of Quebec in Canada, trying to establish links with variables such as strength, muscle mass or mobility.

The researchers found that participants - both men and women - who consumed protein in a balanced way during the day had more muscle strength than those who consumed more during the evening meal and less at breakfast.