Ebola may persist in survivors' eyeballs for months: Study

Washington, May 11 (IANS) The Ebola virus can persist within the eyeballs for months after a patient recovers from the deadly disease, researchers have found. 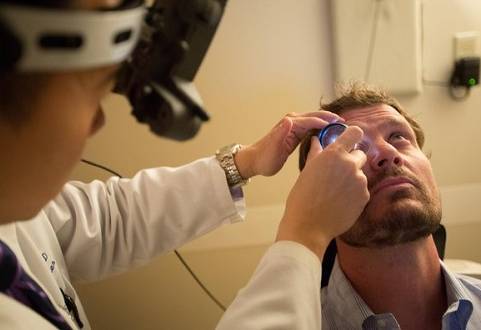 A report released this week by the US journal New England Journal of Medicine described a case in which Ebola was present in the eye's aqueous humor 10 weeks after the virus was cleared from the patient's blood, Xinhua reported

Aqueous humor is the clear fluid in the front of the eye, between the lens and the cornea.

Despite the presence of Ebola in the eye, the researchers were quick to note that samples from the patient's tears and conjunctiva, the surface of the eye and eyelids, tested negative for the virus.

It, therefore, indicated that casual contact with Ebola survivors carried no risk.

The patient, identified by US media as 43-year-old Ian Crozier, was diagnosed with Ebola in September, while working in an Ebola treatment unit in Sierra Leone as a doctor for the World Health Organization (WHO).

He was then transported to the US and treated at Emory University Hospital's serious communicable disease unit for 40 days, including 12 days of mechanical ventilation and 24 days of renal replacement therapy.

After his blood and urine tested negative for the virus, Crozier was discharged home.

A semen sample obtained on the day of discharge, however, tested positive, so he was advised to abstain from sex or to use condoms for at least three months, according to the report.

Shortly after discharge, Crozier found he had new symptoms, including low back pain.

Two months later, he returned to the same hospital with an inflammation called uveitis and increased pressure in his left eye. The resulting swelling led to reduced vision, and, surprisingly, eye colour changed from blue to green.

The doctors obtained an aqueous humor sample, which tested positive for the Ebola virus.

"It felt almost personal that the virus could be in my eye without me knowing it," Crozier told the New York Times.

Several studies of prior outbreaks have shown that Ebola infections often manifest in the eyes, and can impact vision and cause blindness long after a systemic infection has cleared.

Lead author Steven Yeh, an ophthalmologist at the Emory Eye Center, believed that surveillance for the development of eye disease in the post-Ebola period is needed.

"The presence of viable Ebola virus in the eye could mean that other Ebola survivors may also be at risk for the development of uveitis," he said in a statement.

Uveitis is inflammation of the uvea, the middle layer of the eye between the retina and the sclera (white of the eye). It can lead to vision loss.

The findings also pointed to a need for infection control precautions when Ebola survivors underwent invasive procedures involving the eyes, the researchers said.

As for Crozier, he experienced visual recovery following therapy for uveitis. His eye colour also returned to normal, but why it changed colour is still a mystery.