New York, (IANS) Stress and lack of proper sleep are the major reasons for seizures in people with epilepsy, a study conducted using an Apple Watch app has showed. 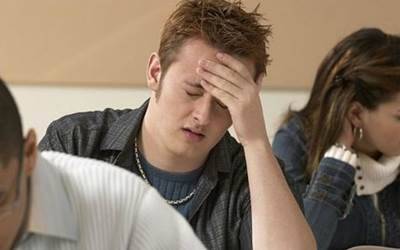 The findings revealed that stress -- linked to 37 per cent of seizures -- was the most common trigger, followed by lack of sleep (18 per cent), menstruation (12 per cent) and over-exertion (11 per cent).

Further, stress was more commonly reported as a trigger in people who worked full-time (35 per cent) as compared to those who worked part-time (21 per cent), unemployed (27 per cent) or were disabled (29 per cent).

"Seizures are very unpredictable. Our eventual goal is to be able to use wearable technology to predict an oncoming seizure. This could potentially save lives as well as give people with epilepsy more freedom," said study author Gregory Krauss from the Johns Hopkins University in Baltimore, US.

Other reported triggers included diet, lack of medications and fever or infection.

For the study, to be presented at the American Academy of Neurology's 69th Annual Meeting in Boston, the team examined 598 people who signed up to track their seizures with EpiWatch.

When participants felt a seizure aura starting, they opened the app.

After the seizure ended, participants were given a brief survey about seizure type, aura, loss of awareness and possible seizure triggers, the researchers said.