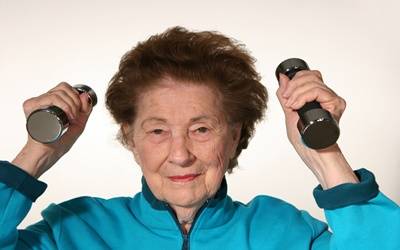 The finding showed that the age-related changes in memory performance and brain activity largely depend on an individual's fitness level.

"Therefore, starting an exercise programme, regardless of one's age, can not only contribute to the more obvious physical health factors, but may also contribute to memory performance and brain function," said Scott Hayes, Assistant Professor at Boston University in the US.

For the study, the team included healthy young (18-31 years) and older adults (55-74 years) who walked and jogged on a treadmill while researchers assessed their cardiorespiratory fitness.

Older adults who scored high on cardiorespiratory fitness (CRF) tests performed better on memory tasks than those who had low CRF.

CRF -- a modifiable health factor that can be improved through regular engagement in moderate to vigorous sustained physical activities such as walking, jogging, swimming, or dancing -- is not only important for physical health, but is also associated with brain function and memory performance, the researchers said.

Further, the researchers found that older adults, had more difficulty in learning and remembering names that were associated with pictures of unfamiliar faces.

The results appear in the journal Cortex.