Factors that lead to separation of parents of small kids

London, (IANS) With separation and divorce rising among parents of young children, Swedish researchers have identified seven factors that can ruin relationships. 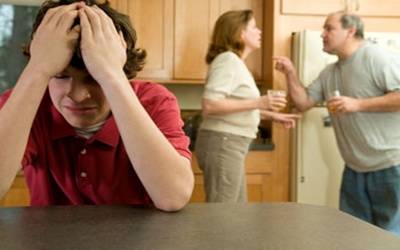 Strains from parenthood, stressful conditions, lack of intimacy, insufficient communication, differing personalities and interests, no commitment (in the relationship), and negative effects of addiction can contribute to separation of parents of young children, the researchers said.

The study by researchers at University of Gothenburg showed that a low level of education and unemployment were also risk factors for separation.

The questionnaire was answered at three occasions, when the first child was six months old, four years and finally when the child was eigh years old.

In the study, the researchers measured the separated parents' relationships quality before they went separate ways, and compared the results with those who still lived together.

"When the child was four years old, both sexuality and sensuality were at constant low levels both among the couples who separated and those who had not," said one of the researchers Malin Hansson from Sahlgrenska Academy, University of Gothenburg.

The largest statistically significant differences were seen in the dimensions of satisfaction, consensus and cohesion.

When the child was six months old, the separated respondents agreed less about different matters, they were less satisfied with the relationship, and felt less togetherness and lower quality in their sexual lives compared with those who did not separate, the researchers said.