Financial stress may up migraine risk

London, (IANS) Stress caused by financial hardship can increase the risk of developing migraine in people with a particular gene variant, a study has showed. 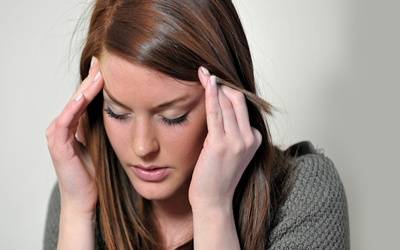 Migraine is a serious and debilitating neurological disease affecting one billion people worldwide.

The findings showed that the genetics of circadian rhythms has an effect on migraine and that people with the CLOCK gene variant have more migraines under financial stress.

The CLOCK gene has an important role in regulating many rhythmic patterns of the body, including body temperature or level of cortisol -- the primary stress hormone.

Though the researchers did not find a significant direct connection between the gene and migraine when they factored in financial stress, they found that the investigated gene variants increased the odds of having migraine type headaches in those subjects who suffered from financial hardship by around 20 per cent.

"The study does not show what causes migraine but it does show that both stress and genetics have an effect. We were able to show that stress -- represented by financial hardship -- led to an increase in migraine in those who have a particular gene variant," said Daniel Baksa from the Semmelweis University in Budapest, Hungary.

For the study, presented at the 30th ECNP Congress in Paris, the team of researchers from Hungary and the UK checked 999 patients from Budapest and 1,350 from Manchester, for two variants (single nucleotide polymorphisms, SNPs) of the CLOCK gene, and how these are associated with migraine.

The gene variants was found in nearly one-third of the population, so they are common variants with small effect size, the researchers said.

"Our results shed light on one specific mechanism that may contribute to migraine. What it does mean is that for many people, the stress caused by financial worries can physically affect you," Baksa said.

"What we need to do now is to see if other circadian gene variants in association with different stress factors cause the same effect."