New York, Dec 13 (IANS) Scientists have uncovered biological pathways in the roundworm that provide an insight into how tiny bubbles released by cells can have beneficial or detrimental health effects. 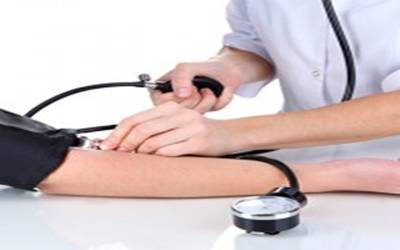 Researchers isolated and profiled cells releasing these sub-micron sized bubbles, known as extracellular vesicles (EVs) in adult C. elegans and identified 335 genes that provide significant information about the biology of EVs and their relationship to human diseases, according to a Rutgers University statement.

The team comprising scientists from Rutgers University, Princeton University, the University of Oxford and Albert Einstein College of Medicine, determined that 10 percent of the 335 identified genes in the roundworm regulate the formation, release, and possible function of the EVs.

"These EVs are exciting but scary because we don't know what the mechanisms are that decide what is packaged inside them." said Maureen Barr, lead author and a professor in the department of genetics in Rutgers' School of Arts and Sciences.

"It's like getting a letter in the mail and you don't know whether it's a letter saying that you won the lottery or a letter containing anthrax."

For decades scientists believed that the EV material released by some human cells -- which can only be seen through high-tech electron microscopes -- was nothing more than biological debris.

Barr said using C. elegans, which have many genes similar to humans, scientists have identified new pathways that could control the production of EVs and the cargo they carry, including the proteins responsible for polycystic kidney disease, the most commonly inherited disease in humans.

The polycystic kidney disease gene products are secreted in tiny EVs from both humans and worms and no one knows why these proteins are in the EVs, she said.

"The knowledge gained from this tiny worm is essential for determining the biological significance of EVs, for understanding their relationship to human diseases like polycystic kidney disease, and for harnessing their potential therapeutic uses," Barr said.

"When we know exactly how they work, scientists will be able to use EVs for our advantage."

"This means that pathological EVs that cause disease could be blocked and therapeutic EVs that can help heal can be designed to carry beneficial cargo," she said.