Heavy smartphone use can make you depressed

New York, (IANS) Glued to your smartphone? A new study has found that addiction to -- and not simply use of -- mobile phones and internet is linked to anxiety and depression in teenagers. 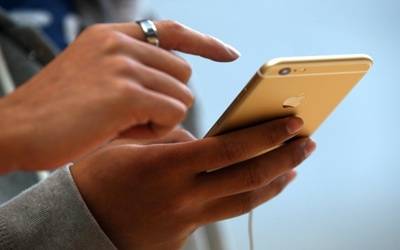 However, there was no relationship between cell phone or internet use and negative mental health outcomes among participants who use these technologies to escape from boredom.

"There's a long history of the public fearing new technologies as they are deployed in society," said lead researcher Alejandro Lleras from University of Illinois in the US.

"This fear of new technology happened with televisions, video games and most recently, smartphones," Lleras added in the paper published in the journal Computers in Human behaviour.

The team surveyed over 300 university students with questionnaires that addressed the students' mental health, amount of cell phone and internet use and motivations for turning to their electronic devices.

The goal was to see if addictive and self-destructive behaviours with phones and the internet are related to mental health.

The findings showed that people who self-described as having really addictive style behaviours toward the internet and cell phones scored much higher on depression and anxiety scales.

"The interaction with the device is not going to make you depressed if you are just using it when you are bored. This should go toward soothing some of that public anxiety over new technology," Lleras explained.