New York, Feb 25 (IANS) While high salt intake has been known to cause high blood pressure and other side effects, researchers have now found that a high-salt diet might also contribute to liver damage in adults and developing embryos. 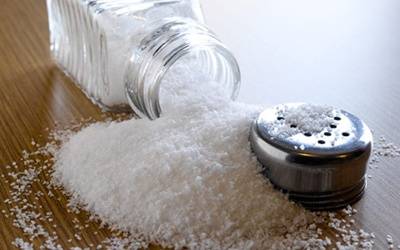 "This study demonstrates that high salt exposure in mice (four percent sodium chloride or NaCl in drinking water) and chick embryo could lead to derangement of the hepatic cords and liver fibrosis,” the researchers said.

Fibrosis is the first stage of liver scarring.

The findings by Xuesong Yang from Jinan University, Guangzhou, China, and colleagues were published in the Journal of Agricultural and Food Chemistry.

Our bodies need a small amount of salt -- the US government recommends one teaspoon per day if you are a healthy adult.

Among other functions, the sodium ions from the savoury mineral help regulate water movement within the body and conduct nerve impulses.

But too much of salt can be dangerous and in this study the researchers wanted to explore its potential effect at a cellular level.

The researchers gave adult mice a high-salt diet and exposed chick embryos to a briny environment.

Excessive sodium was associated with a number of changes in the animals' livers, including oddly shaped cells, an increase in cell death and a decrease in cell proliferation, which can contribute to the development of fibrosis.

"The pathological mechanism may be the result from an imbalance between oxidative stress and the antioxidant system," the researchers explained.

On a positive note, the researchers found that treating damaged cells with vitamin C appeared to partially counter the ill effects of excess salt.