New York, (IANS) Your teenaged son or daughter with a common type of high blood pressure may be at greater risk for stroke as well as damage to the kidneys and brain in adulthood, new research shows. 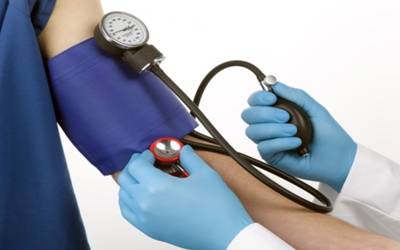 Individuals with isolated systolic hypertension exhibit systolic blood pressure of 140 or higher, but a normal diastolic pressure (lower reading) of around 80.

The condition stiffens a section of the aorta -- the major artery that carries oxygenated blood from the heart to the body -- that leads directly from the heart, called the proximal aorta.

This can increase the risk of stroke, as well as cause harm to brain and kidney, the researchers said.

"I think we should consider treating these patients sooner rather than later...not treating these individuals now will lead to more brain and kidney damage in the future," said lead author Wanpen Vongpatanasin, Professor at the University of Texas Southwestern Medical Center in the US.

The condition, which primarily affects young adults aged between 18 to 49 is commonly treated in elderly patients.

Physicians avoid treating it in younger patients, thinking that the higher systolic reading was an anomaly related to youth that would self-correct, or perhaps even a sign of a stronger heart since it sometimes showed up in high school athletes.

For the study, published in the journal Hypertension, the team examined 2,001 participants.

They found that the incidence of isolated systolic hypertension in youngsters has more than doubled over the last two decades and is now estimated to be about 5 per cent.

It may be due to the growing numbers may be related to increasing rates of obesity, the researchers noted.