New Delhi, (IANS) With India littering its waste without sufficient treatment, it needs to set aside about 88 sq. km of precious land -- the size of New Delhi -- for landfills by 2050, industry association Assocham said on Sunday, citing its study. 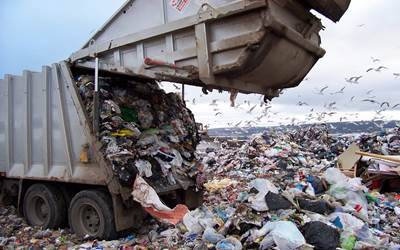 "Considering that most of the waste in India is dumped without treatment, it would require an estimated 88 square kilometre (sq km) of precious land to be brought under waste disposal through landfilling by 2050, which is equivalent to the size of area under administration of the New Delhi Municipal Council," said a joint report of Assocham and accounting firm PwC.

"This will eventually render the land unfit for any other use for as long as a half century before it can be stabilised for other uses," said the report 'Waste Management in India: Shifting Gears'.

With around 50 per cent of India's population projected to be living in urban areas by 2050, the volume of waste generation will grow by five per cent per year.

It said that Tier I cities with population ranging from one to five million have been estimated to generate around 80 per cent of the country's total waste.

The study estimates the current per day per capita waste generation in medium cities at around 300-400 gm and for large cities between 400-600 gm, and this figure would increase in line with present urbanisation and consumption patterns.

"Though private sector can play a critical and greater role in waste management in India, there are various issues and bottlenecks on different fronts that have made it challenging to successfully implement projects -- policy and regulatory, financing, project conceptualisation and structuring, technology and capacity," an Assocham statement said here.

The report recommended that the government accord industry status to the waste management sector "to provide it necessary boost" and ensure regulatory adherence.