Bengaluru, DHNS: Mosquito repellent will be part of Madilu kit, says Health dept. The State Health and Family Welfare department is making preparations to distribute lemon grass oil to poor pregnant women, to help prevent them from getting bitten by mosquitoes. Lemon grass oil, a natural extract, acts as a mosquito/insect repellent. The department aims to provide the repellent to the beneficiaries in the next 10 to 15 days.

This is one of the few measures the department has initiated after the World Health Organisation (WHO) declared an ‘emergency’ over the explosive pandemic of Zika virus, which has put over 22 countries in the Americas on red alert. 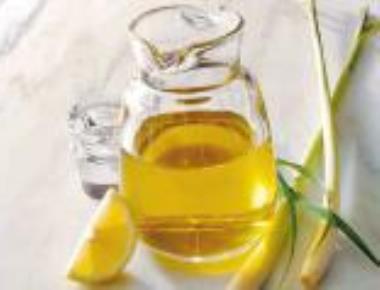 Also, the Centre too has issued guidelines to all the State governments to control the spread of the virus, which is especially dangerous to pregnant women.

‘Madilu’ kit
The department has held talks with the Karnataka Soaps and Detergents Ltd (KS&DL) to distribute lemon grass oil, along with the 19 other products in the ‘Madilu’ kit, a scheme which was launched by the government in 2008 to provide postnatal care for poor pregnant mothers, and the child. The BPL card holders would be eligible for the oil.
Principal Secretary of Health and Family Welfare department M Lakshminarayana said that as there were no vaccines to check the spread of the virus, preventing mosquito bites was the only immediate measure that can be taken by people, especially pregnant mothers.

Pregnant women infected by the virus in the first trimester carry the risk of giving birth to children with a severe birth defect called microcephaly, who are born with abnormally small heads, underdeveloped brains and reduced life expectancy.

Though there are several repellents available in form of oils or ointments in the market, the department has approached KS&DL to avoid any procedural delays.

GO in two days
Lakshminarayana said a government order would be issued in a couple days to purchase the product from KS&DL.

Shamla Iqbal, managing director, KS&DL, said that the government-run firm is already procuring 1,000 kg of lemon grass oil annually from a Gujarat-based company. “We have been using the extract in our soaps. Once the GO is issued, we will start the supply of the oil in a phased manner. We will have to float tenders to procure extra oil,” she added.
KS&DL is paying Rs 1,200 to Rs 1,300 per kilogram of lemon grass oil. Iqbal said that around 8 lakh kits are distributed annually, at a cost of Rs 18.25 crore.