Lung cancer not of men or smokers alone, warn doctors

New Delhi, (IANS) Lung cancer is no more a smoker's disease and has moved to the top of this category of life-threatening ailments among Indian males and the coming years will also see females too getting affected, doctors maintain, adding early detection is key to its cure. 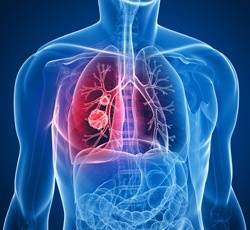 "Of late, lung cancer has moved to Number One position among cancers in males in India. But the coming years will see that happen among females as well," said Arvind Kumar, chairman of Centre for Chest Surgery and director of Institute of Robotic Surgery, Sir Ganga Ram Hospital.

"Overall the coming decade is going to be one of lung disorders in our country. Timely corrective action and suitable treatment facilities may help tame the ill effect of this disaster waiting to happen," Kumar said, as the world observes lung cancer awareness month in November.

As doctors and healthcare staff in hospitals the world over prepare to build better understanding about this ailment, their biggest concern is that the dreaded disease often goes undetected due to lack of awareness among the afflicted patients.

Symptoms like persistent cold, cough, accompanied by sputum or blood, and signs of breathlessness call for a visit to an experienced medical practitioner, they maintain. But these conditions are often attributed to changing weather, prompting home remedies like hot milk with turmeric.

In reality it delays a visit to the doctor and thereby the chances of timely detection. A simple sputum test or an x-ray prescribed by family physician helps to rule it out. But often, it is also found that even experienced general practitioners mistake it for tuberculosis.

"Nicotine in cigarettes is as addictive as heroin or cocaine. Out of the 4,000 chemicals in them, over 50 are highly carcinogenic. A carcinogen is something that causes cancer. And we all know that cancer is a disease that often kills those who have it," Kumar said.

According to him, lung cancer among non-smokers, younger adults especially women who have been initially treated for tuberculosis is very prevalent in India. Therefore, the message: The Lung cancer is no more solely a smoker's disease.

To eliminate all doubts, doctors prescribe a screening, low dose CT Scan or biopsy, also referred to as tissue diagnosis, done by taking a small part of lung tissue for a test. Irrespective of the method of detection, doctors stress early detection still holds the key.

They said surgery is the best method to remove cancerous tissue that manifests in the form of nodules or lesions visible in X-Ray or a CT Scan. Regular post-surgery follow-up tests are also recommended for further treatments like radiation or immune therapy, if needed.

Ali Zamir Khan, head - Medanta Institute for Robotic Thoracic Surgery, said: "Smoker's cough is not to be taken lightly as it may be early signs of cancer."

Cigarette smoke, he said, destroys the special tracheal hair designed to trap germs and other foreign particles that enter the airways when a person breathes. This prevents the trachea from throwing out phlegm, hence causing cough."

Doctors said lungs are the most fragile part of the human anatomy, playing a critical role in supplying oxygen to the blood. Smoking leaves carbon monoxide in the lungs for as long as eight hours after the last puff is inhaled, leaving that much less space for oxygen in the lungs.

Khan, who has been practicing computer-assisted lung surgery for several years, said he invests time with senior school students to explain the ill-effects of smoking and its causal role in cancer.

"I often speak to gatherings of general physicians on the need for prescribing reliable tests to rule out cancer before putting patients on anti-tuberculosis treatment," said Khan, explaining this helps in reaching out to a larger target audience.

Doctors said robotic surgery -- as being propogated by the Michigan-based non-profit Vattikuti Foundation -- was also picking up as the preferred option to treat various cancers due to minimal blood loss, shorter hospital stays, quicker healing of wounds and healthier post-operative life.