New York, (IANS) Children infected with the malaria parasite are likely to experience DNA damage that can lead to Burkitt's lymphoma, a highly aggressive blood cancer, says a new study that sheds new light on how the two seemingly different diseases are related. 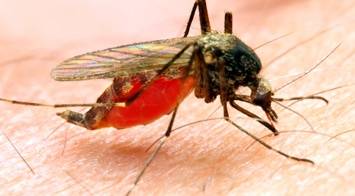 The same enzyme that helps create antibodies that fight off the malaria parasite also causes DNA damage that can lead to the aggressive blood cancer, the findings showed.

"The body needs this enzyme in order to produce potent antibodies to fight malaria. But in the process, the enzyme can cause substantial collateral damage to the cells that produce it, and that can lead to lymphoma," explained first author of the study Davide Robbiani from Rockefeller University in New York.

Regions of equatorial Africa where children are ten times more likely than in other parts of the world to develop Burkitt's lymphoma, are also plagued by high rates of malaria, and scientists have spent the last 50 years trying to understand how the two diseases are connected.

But the link between these two diseases has been a mystery until now.

In the new study, the researchers infected mice with a form of the parasite that causes malaria -- Plasmodium chabaudi.

They immediately saw that the mice experienced a huge increase in germinal centre (GC) B lymphocytes, the activated form of the white blood cells that can give rise to Burkitt's lymphoma.

As these cells rapidly proliferate, they also express high levels of an enzyme known as activation-induced cytidine deaminase (AID), which induces mutations in their DNA.

As a result, these cells can diversify to generate a wide range of antibodies -- an essential step in fighting off various infections.

But in addition to beneficial mutations in antibody genes, AID can cause "off-target" damage and shuffling of cancer-causing genes, the study found.