Men are too busy to see doctors!

New York, (IANS) Rather than make appointments to see their family doctor on a regular basis, men are often more likely to make excuses for not going, and the top excuse men make is that they are too busy, results of a new survey show. 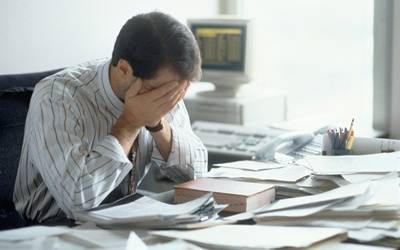 The survey was conducted online within the US by Harris Poll on behalf of Orlando Health -- a healthcare services in Central Florida -- from April 19-21, 2016 among 2,042 adults ages 18 and older.

"Men can spend 34 hours golfing or watching a ball game every week, or find the time to take a trip to Vegas with their buddies, but they can't spare 90 minutes a year to get a check up? That's inexcusable," said Jamin Brahmbhatt, men's health activist and co-director of the PUR (Personalized Urology & Robotics) Clinic in Clermont, Florida.

Brahmbhatt is also the co-founder of Drive for Men's Health campaign that urges men to make their health more of a priority.

The survey showed that the second most common excuse men make is that they are afraid of finding out something might be wrong with them.

Men also say that they are uncomfortable with certain body exams such as prostate checks, which rounds up the top three excuses, a statment released by Orlando Health said.

Life expectancy for men is at least five years less than it is for women and one of the biggest reasons for this is that women are much more proactive about their health than men, the doctors said.