New York, Feb 9 (IANS) US researchers have found a new sunscreen that guarantees no loss of vitamin D, rather allows the body to produce the essential vitamin, a deficiency or insufficiency of which causes major health problems in both adults and children. 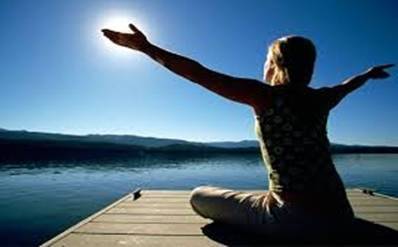 Researchers from Boston University in the US developed Solar D, through a process in which the ingredients of a sunscreen are altered in such a way that it does not impact its sun protection factor (SPF), but does allow the body to produce vitamin D.

"Solar D was designed with compounds with differing filter compositions to maximise vitamin D production while maintaining its sun protection for reducing erythema or burning of the skin," said Michael F. Holick, professor at Boston University.

Sun exposure has been the major source of vitamin D for most children and adults worldwide.

However, the increased risk of skin cancer led to the widespread usage of sunscreens.

As a result, an SPF of 30 when properly applied reduces the capacity of the skin to produce vitamin D by almost 98 percent, the researchers said.

There are several chemical compounds that are typically used in a sunscreen that efficiently absorbed varying wavelengths of UVB radiation, the researchers explained in the study published in the journal PLOS ONE.

After removing certain ingredients the researchers compared Solar D, which has an SPF of 30, to a popular commercial sunscreen with the same SPF, and found Solar D allowed for up to 50 percent more production of vitamin D in-vitro.