Obesity may lower risk of arthritis in men: Study 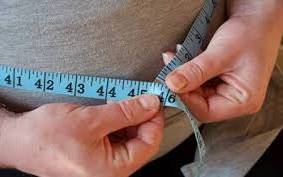 A high body mass index (BMI) could reduce the risk of rheumatoid arthritis in men, but not in women, the findings showed.

"The effect of obesity on the risk of rheumatoid arthritis did not appear to be substantially different from that of overweight. However, a differential effect of very high BMI cannot be ruled out," said lead author of the study Carl Turesson from Lund University in Sweden.

The scientists analysed data from 383 patients, taken from two population based health surveys.

Men with a BMI over 25kg/m2 (kilogram/square metre) were estimated to be 40-63 percent less likely to develop rheumatoid arthritis, the findings showed.

When looking into why a high BMI would reduce the risk of men developing RA in the future, the scientists suggested that a high BMI more often reflects increased abdominal obesity or visceral fat in men compared with women, which could be protective against the development of rheumatoid arthritis.

The study was published in the journal Rheumatology.