New York, (IANS) Adults above 60 have more positive response about feelings such as serenity, sadness and loneliness than young adults, a study has found. 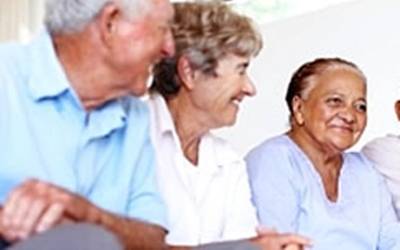 In the study, published in the journal of Aging and Mental Health, researchers recruited 32 older adults aged 60-92, and 111 younger adults aged 18-32 and then asked them to judge 70 emotion terms on whether the words had a positive or negative connotation and if the words were activating or arousing.

In a word grouping task, older adults associated more positive emotional terms with serene, such as cheerful, happy and joyful than did younger people.

The findings showed, word groupings were similar between older and younger persons for many words but they noted systematic differences for sadness, loneliness and serenity.

"We were surprised to find that younger adults associated more self-deprecating terms with feeling sad and lonely, such as being ashamed or disgusted with themselves, than older persons," Ready added.

"We gained a deeper appreciation of some relatively unknown benefits of aging, such as increased positive emotions and less shame associated with feeling sad or lonely," Ready stated.

As the percentage of older adults in the US increases, "it is imperative to determine how older adults define emotions differently than younger adults," Ready noted.

The findings are "highly clinically significant" because the information could help care-takers, psychotherapists and workers at assisted living facilities to better understand the emotions of older people in their care.