London, (IANS) Researchers have extracted an active pharmaceutical substance from the leaves of a common ornamental plant -- coralberry -- which could provide hope for people with asthma. 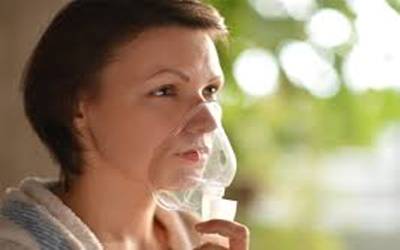 The findings, led by researchers at the University of Bonn in Germany and asthma specialists from the UK, showed that the leaves of the coralberry contain a substance with the cryptic name "FR900359".

The extracts when used in mice almost inhibited the characteristic contraction of the airways.

Further, the study found that "FR900359" is very effective at preventing the bronchial muscles from contracting.

Asthmatics regularly suffer from these pronounced contractions preventing adequate ventilation of the lungs. The resulting shortness of breath can be life-threatening.

The compound in the coralberry leaves relieves these spasms and is supposedly more effective and has a more prolonged action than the most common asthma drug salbutamol, the researchers noted in the paper published in the journal Science Translational Medicine.

Inhibiting the activation of critical signalling molecules in cells -- the Gq proteins -- with "FR900359", the researchers found a much greater effect.

Gq proteins exert key functions in many processes in the body, including control of the airway tone.

"We have so far only tested the substance in asthmatic mice... we were able to prevent the animals from reacting to allergens such as house dust mite with a narrowing of the bronchia," said lead author Daniela Wenzel, Professor at the varsity.

There were hardly any side effects, as the active pharmaceutical ingredient could be applied via inhalation to the respiratory tract and thus only reached the systemic circulation in small quantities.

However, further tests, which could take years, are required prior to its application in humans, the researchers said.