Peanut-allergic kids safer at school than at home

Toronto, April 29 (IANS) Despite the best efforts of parents, children who are allergic to peanuts are far more likely to be exposed to them in their own homes that at school, says a study. 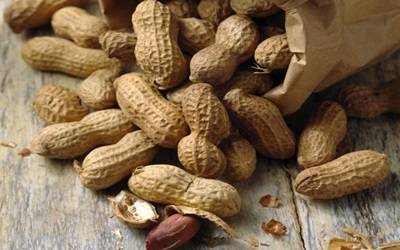 The researchers reviewed 567 incidents of accidental peanut exposure to allergic children and found that 37 percent of exposures occurred in the their own home as against just three-five percent that occurred in schools and day care centres.

"We discovered that children are most at risk of exposure in their own homes,” said first author of the study Sabrine Cherkaoui from University of Montreal in Canada.

Furthermore, when children do have a moderate or severe reaction to an exposure, parents and medical professionals often do not know how to react appropriately, Cherkaoui noted.

"Our study looked at 1,941 children who had been diagnosed as being allergic to peanuts to determine how exposure occurs, how serious the outcomes of the exposure are, and what treatment is given," Cherkaoui explained.

The mean age of the children at the time of their recruitment into the study was 6.9 years, and the mean length of their participation was 2.9 years.

Adolescents were at a higher risk due to their general predilection towards risk-taking behaviour, the researchers said.