Quit smoking as it won't make you shed fat

New York, April 7 (IANS) Even as the idea that smoking helps control weight is baseless, women smokers who believe so are less likely to try quitting in response to anti-smoking policies than other female smokers, research has found. 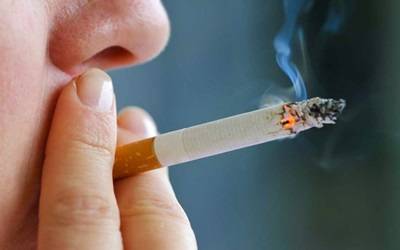 Conventional anti-smoking policies such as bumps in cigarette prices, smoke-free laws or anti-tobacco messaging have hardly any effect on smokers who are concerned about their weight, the findings showed.

"We found that concerns about weight are a significant barrier to quitting," said lead author Ce Shang from University of Illinois at Chicago.

The study findings suggest that women may need support that addresses concerns about weight gain, Shang pointed out.

"Policymakers should take weight concerns into account to enhance the effectiveness of existing policies that promote quitting smoking," she said.

The researchers looked at survey data from about 10,000 smokers in the US, Canada, Britain and Australia as part of the International Tobacco Control Policy Evaluation Project.

Respondents completed three surveys between 2002 and 2007 that asked questions on whether they agreed with the statement that smoking helps control weight; on their attempts to quit smoking; and on their exposure to tobacco policies such as price, anti-smoking messaging, and smoking bans at work or in public.