New York, (IANS) Single mothers are far more likely to live in poverty than single fathers and their condition deteriorates with each additional child they have, new research has found. 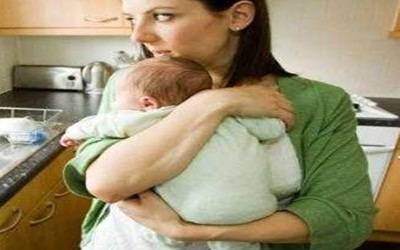 The income of single fathers, on the other hand, remains the same or increases with each added child in their family, the findings showed.

"Single mothers earn about two-thirds of what single fathers earn,” said Karen Kramer, assistant professor of family studies at University of Illinois in Chicago, US.

In 2012, 28 percent of all US children lived with one parent. Of that number, 4.24 million single mothers lived below the poverty line compared to 404,000 single fathers, she noted.

The single most important factor that allows single-parent families to get out of poverty is working full-time, she said.

"Divorced single parents tend to be better off financially and are more educated than their never-married counterparts,” she explained.

The most common living arrangement for children after a divorce is for mothers to have custody. Single fathers with custody are more likely to have a cohabiting partner than single mothers, and that partner is probably at least sharing household tasks.

“Single mothers are more likely to be doing everything on their own," she said.

"People think: How did you get in this position? It is irresponsible to be a single mother with so many kids. Now you do not have time to work," Kramer said.

Kramer recommended that more emphasis and pressure should be placed on fathers and their ability to pay child support and spousal maintenance, raising the minimum wage to a living wage, and providing similar benefits and rewards for part-time work as the ones full-time workers get.

The study appeared in the journal Gender Issues.