San Francisco, April 3 (IANS) A US firm has given thousands of people their first look into the colours red and green by tricking the brain with a pair of sunglasses. 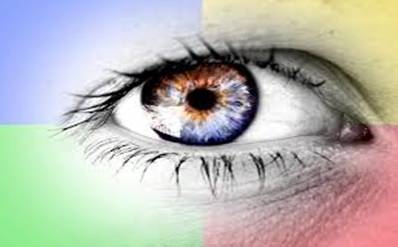 EnChroma, based in Berkeley, north of San Francisco, developed the colour blindness corrective gear two years ago and recently launched an upgraded model of sunglasses allowing users to play sports and is child-friendly, Xinhua reported.

Over 340 million people around the world suffer from colour blindness, as the condition can hinder simple everyday activities, like driving.

"It's not a serious condition," EnChroma's vice president Donald McPherson told Xinhua. "But it can make simple tasks appear impossible for the colour blind because they cannot make the distinction, for example, at traffic lights between red and green, and this is something that can be life-threatening."

Usually, colour blind people are not allowed to work as policemen, firemen, pilots or electricians, because even though they can distinguish most of the colours, their brains mistake red and green, especially when they are faint hues. Those with normal colour vision have three photo-pigments in their eyes that are responsible to capture the light, with the brain doing the math to transform them into the right colour, whether it is blue, purple, yellow or red.

"Colour blind people overlap the red and green pigments in the brain a lot, so they get muddied colours," McPherson said. To help the brain separate these hues, EnChroma developed a glass that divides red and green, cutting a little bit of light between the two colours.

With the corrective glass, McPherson said, "the normal wavelengths are restored because it captures the right pigments, making the brain understand which colours are there."

McPherson was a leading researcher at University of California at Berkeley working on the issue with a grant from the US National Institutes of Health. He received a doctoral degree in glass engineering and in 2010, after five years of extensive research, decided to start up a company with his colleagues and market their product, which had been a success in clinical trials.

"Colour blindness is not just an aesthetic issue," he said. "It can even be mistaken as a learning disability in children, because books and classes are not prepared for people who cannot see red and green," he added.

The condition typically afflicts men because the recessive trait is passed on mainly to male offsprings. According to statistics, one in 12 men is colour blind, while one out of every 34 women has the condition.