London, (IANS) Even short term exposure to particulate matter and nitric dioxide (NO2) air pollution, that originate predominantly from the combustion of fossil fuels such as emissions from industrial plants or vehicles increases risk of severe heart attacks, research has found. 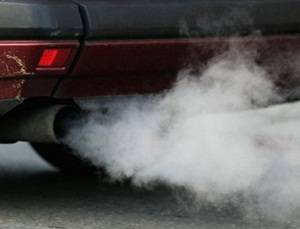 The study investigated the effect of short term exposure to air pollution on the risk of ST-segment elevation myocardial infarction (STEMI), a deadly type of heart attack caused by a prolonged blockage of blood supply in the heart.

"The association between STEMI and air pollution was observed within one day of exposure," said researcher Jean-Francois Argacha, cardiologist at University Hospital Brussels in Belgium.

"This was despite the fact that concentrations of air pollutants were within the European air quality standard,” Argacha noted.

The researchers used a statistical model to evaluate real-time exposure to air pollution in each part of Belgium with adjustments for population density.

The researchers looked at records of hospitalisations for STEMI in Belgium between 2009 and 2013.

These associations were only observed in men.

"It is possible that only men were affected because of the under representation of women in our study population (less than 25 percent),” Argacha said.

The findings were presented at European Society of Cardiology (ESC) Congress 2015 in London this week.