Why Indians at higher risk of diabetes

Sydney, (IANS) Compared to those in the developed world, middle classes in India and other developing countries are more susceptible to Type-2 diabetes, obesity and cardiovascular diseases, thanks to their undernourished ancestors, says a study.

The results, published in the journal Cell Metabolism, could explain projections that more than 70 percent of the global burden of Type-2 diabetes will fall on individuals from developing countries by 2030.

According to the World Health Organisation (WHO), India will have 80 million people with diabetes by 2030.

Based on their results that eating a 'normal' diet can make animals overweight, if their ancestors had been undernourished for several generations, the researcher from University of Sydney in Australia, the National Centre for Cell Science and the DYP Medical College in Pune, India said that diabetes is linked to the nutrition endured by ancestors. 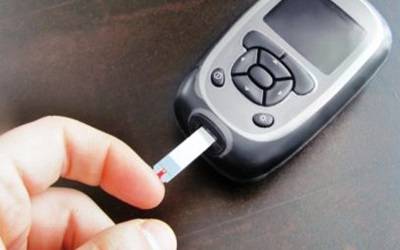 "People in developing countries have faced multi-generational undernutrition and are currently undergoing major lifestyle changes, contributing to an epidemic of metabolic diseases, though the underlying mechanisms remain unclear," the study said.

Increasing prosperity in developing countries has been accompanied by a sudden increase in caloric intake.

However their populations' epigenetic makeup, whereby changing environmental factors alter how people's genes are expressed, has not compensated for these dietary changes.

This means their bodies are still designed to cope with undernourishment; so they store fat in a manner that makes them more prone to obesity and its resulting diseases than populations accustomed to several generations of a 'normal' diet.

This scenario was recreated in a 12-year study of two groups of rats by associated professor Anandwardhan Hardikar's team at the University of Sydney and colleagues overseas.

The first group was undernourished for 50 generations and then put on a normal diet for two generations.

The second (control) group maintained a normal diet for 52 generations. At the end of the study it was found that when the descendants of the first group were exposed to a normal diet, these rats were eight times more likely to develop diabetes and multiple metabolic defects when compared to the control group.

"Their adverse metabolic state was not reversed by two generations of nutrient recuperation through a normal diet," Hardikar said.

"Instead this newly prosperous population favoured storage of the excess nutrients as fat leading to increased obesity, cardiovascular disease and metabolic risk for diabetes when compared to their 'developed world' counterparts."

Lower Vitamin B12 levels in the undernourished rats could also be an indicator of this trend, the study said.

"Human studies from Ranjan Yajnik's group at KEM Hospital in Pune, India have demonstrated that low circulating B12 and high folate levels are associated with insulin resistance and Type-2 diabetes," Hardikar said.