Why cancer treatments cause collateral damage in kids 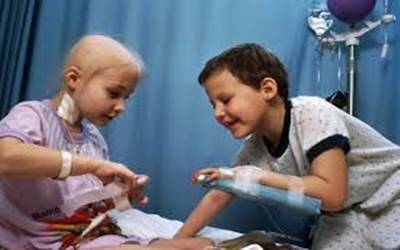 Apoptosis, in which molecular signals order cells to self-destruct, plays an important role in deciding the "fate" of a developing cell.

But active apoptosis in the early brain "also sets the stage for extremely high sensitivity to any type of damage or stress, especially that induced by radiation or chemotherapy," said lead author Kristopher A. Sarosiek, Assistant Professor at the Harvard T.H. Chan School of Public Health.

While some cancer cells die through apoptosis, some escape the death orders by activating "pro-survival" signals.

Anthony Letai from Dana-Farber Cancer Institute in Massachusetts, developed a test called BH3 profiling that can measure inside any cell the relative dominance of pro-survival or pro-death signals.

A cancer cell in which apoptotic death signals are dominant, is said to be "highly primed" or ready for self-destruction and therefore easily killed by therapy, while a cell with low priming is more resistant to death or damage.

Measuring the priming of cells in normal cells and tissues, the researchers found that in most normal adult tissues, including the brain and the heart, the machinery needed to perform apoptosis is nearly completely absent.

In contrast, this molecular machinery is abundant in newborn and very young rodents. As a result, brain and heart cells were therefore much more vulnerable to undergoing cell death when exposed to chemotherapy or radiation.

When tested in human cells, the youngest human brain cells were more highly primed with apoptotic machinery and vulnerable to chemotherapy and radiation damage.

Human brain and heart cells are most highly primed for apoptosis until four to six years of age, after which priming continues to be reduced, the researchers noted, in the paper appearing in the journal Cancer Cell.