Why common BP pill fails in some patients

Washington, April 22 (IANS) Thiazide drugs, a common group of salt-lowering medicines used to treat high blood pressure for decades, can lower blood pressure for a while and then stop working in some patients. Researchers from University of Maryland's School of Medicine (UMSOM) have now revealed a key mechanism for this failure. 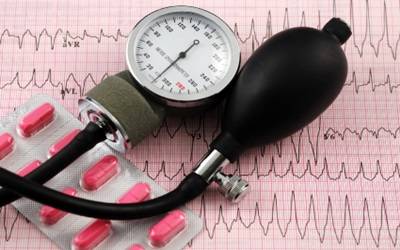 Paul Welling and his team found the specific genes and pathways used by the kidneys to compensate for thiazides' activity.

“This is the first time we really understand how this process works. It is as if the kidney knows that it's losing too much salt and activates mechanisms to retain salt in other ways,” explained Welling, an expert on potassium and sodium balance, kidney disease and hypertension.

Thiazides work by inhibiting the movement of salt through the kidney, causing the kidneys to expel salt and water.

Salt often raises blood pressure by increasing the amount of water in the vascular system; over time, this fluid puts pressure on the heart and blood vessels, and can cause hypertension.

Welling and his collaborators studied an animal model that was genetically engineered to inhibit salt retention, mimicking the effect of thiazides.

Using sophisticated technology to track genetic changes in these animals, they found that nearly 400 key genes change their activity to help regulate how the kidneys handle salt.

Once activated, these genes worked together, acting on three different pathways related to salt retention.

In short, these genes increased the body's ability to hold onto salt, shedding light on how the system can react to thiazides.

“It may now be possible to begin developing drugs that affect the mechanisms through which the body counteracts thiazides. These drugs might eventually be used alongside thiazides, or might be used on their own,” the authors noted.

In addition, the researchers have identified a molecule that increases in the urine when the kidney is working to counteract thiazides.

Welling and his colleagues are now investigating the possibility of using this molecule as a “biomarker”, allowing doctors to quickly and easily detect when thiazides have stopped working in a particular patient.