Young cancer survivors have twice the risk of suicide: Study

London, (IANS) Survivors of cancer diagnosed before the age of 25 may be at more than two-fold increased risk of suicide compared to their non-cancer peers, a new study has found. 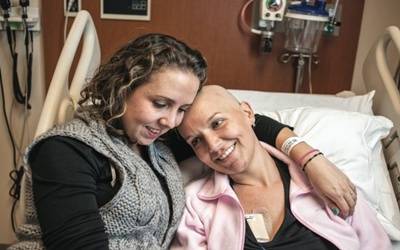 The study showed that the risk of suicide is more prevalent in survivors of brain tumours, leukaemia, bone and soft tissue sarcomas and testicular cancer.

However, "it is not possible to say whether there is a connection between the cancer diagnosis and suicide on an individual level, but what we see is an association at population level," said Maria Winther Gunnes, researcher and medical doctor at University of Bergen (UiB) in Norway.

According to Gunnes, the individual background of this increased suicide risk cannot be traced. Often, these survivors do not know where to turn to for help, and they might not find the right help, the researchers observed.

"We do not have any proper follow-up system for adult long time survivors of young age cancer," Gunnes said.

For the study, the researchers analysed the 1.2 million people born in Norway between 1965 and 1985, among which a total of 5,440 individuals received a cancer diagnosis before the age of 25. The two groups were compared and were tracked until 2008.

During follow-up, a total of 24 of the cancer survivors committed suicide.

The absolute risk of committing suicide for cancer survivors is low, Gunned pointed out.

"It is, however, important to be aware of these new findings in order to develop appropriate surveillance and intervention strategies as part of a long-term follow-up programme of these cancer survivors," Gunnes noted, in the paper published in the International Journal of Cancer.