IF INDIA IS DESTROYED THE WORLD WILL PERISH: HARIDASA SANJEEVA SHETTY

Mumbai, January 05: “If India is destroyed, the world will perish. World’s survival is possible only by the Existence of India. Our culture only can save our land and neighbouring country’s goodness and culture. So, we are responsible for the protection of our true culture and values. The education supporting our culture is today’s need. The culture is our root and education is its fruit. The Kannadigas are the original inhabitants of Mumbai. This is proved by the history from the times of Portuguese to British. So, by this it is clear that there is a Kannada culture in this land”-said Haridasa K Sanjeeva Shetty-the retired principal of Sathya Sai Lokaseva Vidyakendra, Alake.

He expressed his views, on Saturday during the annual literature and cultural programme “Sahithya Sahavasa-2016” of Karnataka High School and Pre-University-managed by Karnataka Sangha, at Karnataka High school group at Ghatla Village of Chemubur. The programme was presided over by Prabhakar T Bolar-the vice president. Haridasa K Sanjeeva Shetty was present as the chief guest and he inaugurated the programme by lighting the lamp.

“Earlier the Kannada Sangha of Chembur was identified in the field of Education. Through “Sahithya Sahavasa” the association has been identifying the service of significant persons in every sector. In our school 4,000 students are studying. Providing value education to them is our objective and responsibility”-said Prabhakar Bolar in his presidential speech.

In response to the award, Dr. Vani Ucchilkar said “Through “Sahithya Sahavasa”-Kannada Sangha of Chembur is conducting the “Nudisiri”. All programmes of yours are a role- model to all people of Mumbai. I will dedicate this “Y G Shetty-Shreshta Shikshaki Award” to every educational institution in Mumbai”.

“In Kannada the meaning of “Chembu” is “Kalash”. For Kannada people, Chembur of Mumbai is like a pinannacle (Kalash) and works of Kannada Sangha Chembur is also great like a pinannacle of a temple. Protecting Kannada, in and outside of Karnataka is a difficult job.

I like you people, because you all are doing that job, and I welcome you all to our Kasaragod Kannada Sector”- said Dr. Jayaprakash.

The students sang the prayer; Dayasagar Chauta-secretary of the cultural sub-committee welcomed, introduced the guests and awardees, conducted the programme and proposed the vote of thanks. 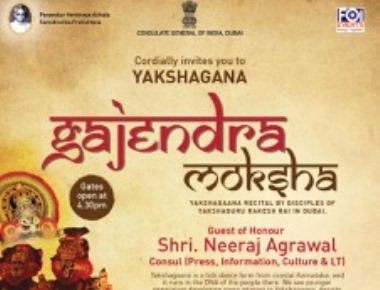 YAKSHAGANA ‘GAJENDRA MOKSHA’ to be staged in Dubai on 24th January 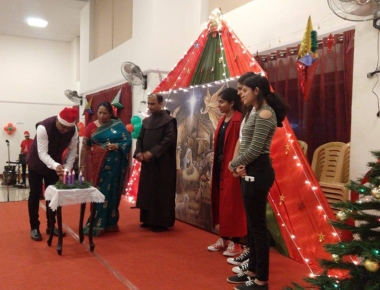 KONCAB BRINGS IN THE CHRISTMAS SPIRIT WITH IT’S MEMBERS 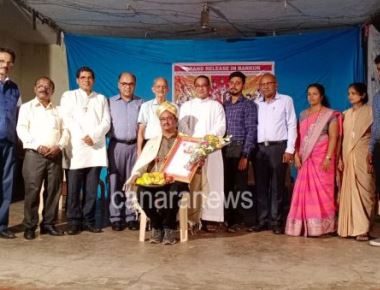