Udupi (The Hindu): Food packets and alms were distributed to the poor at the St. Lawrence Basilica at Attur near Karkala in Udupi district on Friday after five days of the annual feast of the ‘Saint of Miracles.’ Around 2,500 destitute received alms totalling ?10.32 lakh. 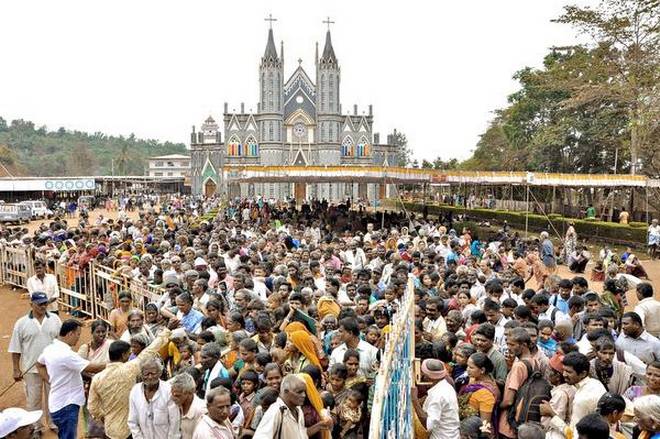 The alms-giving tradition at the St. Lawrence Shrine, which was elevated to the status of a minor basilica in August 2016, has been going on for the last 17 years, said a press release issued by the Udupi Catholic Diocese here. The alms were distributed in the presence of Fr. George D’Souza director of the basilica, Fr. Vijay D’Souza, assistant parish priest, and John D’Silva, vice-president of the basilica.

The poor were divided into three categories depending on their problems and state of their physical health. The alms were distributed as per their needs.

The distribution of alms and food packets to the destitute could be considered the final act of the annual feast. The annual feast concluded on January 26.