Bengaluru, March 14: Archbishop Peter Machado who was the main celebrant of a concelebrated Eucharist urged all to learn from the life of Blessed Chiara Lubich, a spiritual leader, founder and president of the worldwide Movement, which works to foster unity and universal fraternity at all levels of society. In his homily during Mass at Holy Ghost Church here on March 14, the Archbishop pointed out that Chiara’s ideals and teachings are relevant even today.

Dr Machado who is president Karnataka Region Catholic Bishops’ Council said referring to Sunday’s reading that the Samaritan woman’s situation is very much applicable to each one. Why we are hungry and thirsty like the woman at the well. In a lighter vein the prelate said it is not Lenten season now, instead, Corona Season. Someone asked him whether Corona was in his mind and he replied in the affirmative. It is a tribulation which is a crown God gives to all. God who visits us more than we do enjoys our isolation and suffering. God is aware of the happenings in the world. Jesus came to quench our thirst and our journey goes on with our endless needs. The woman was surprised that Jesus, a Jew asked her for water. The upper class Jews kept a distance always from Samaritans, considered a low caste.. She was thirsty and wanted to drink water. It was not only a physical thirst rather spiritual, emotional and various other aspects including thirst for happiness and recognition in the society.

Mother Teresa had thirst to help the poor and downtrodden, People seek mundane matters but ask God for more and more for peace, joy and mercy. When Jesus revealed her secrets, she found in him the messiah and spread the Good News of meeting the Messiah. Chiara met thousands of people and tried to quench their hunger and thirst. None of the things of this world would satisfy us except when we give love to others. When Chiara did this, not only her faith was strengthened but that of so many. This helped her disciples and followers to pursue the path of Jesus. Jesus is the source of joy and peace and Chiara taught to imitate Jesus who won over enemies and evil. Archbishop Machado appealed to the people of Karnataka not to panic and not to get discouraged, instead turn Corona to Karuna – compassion and mercy towards supporting the poor.

Earlier one of the members of Focolare read out an introduction and later another presented a brief narration of Chiara’s life, upbringing and factors. A choir member proposed a vote of thanks. A big group of singers had performed a commendable job. The other programmes had to be cancelled due to the directives from the government to avoid public functions where people gather in large numbers.

The Centenary of Chiara Lubich -Servant of God

Thisyear 2020 marks the centenary of the birth in Trento of Chiara Lubich, the founder of the Focolare Movement. Chiara was a charismatic figure who, with her thought in the spiritual, civil, economic and political field and with her action in favour of fraternity and peace, left a legacy which is now spread all over the world.

Chiara Lubich (born Silvia Lubich ; January 22, 1920, Trento – March 14, 2008) was an Italian bestselling author and spiritual leader, founder and president of the worldwide Focolare Movement, which works to foster unity and universal fraternity at all levels of society. Lubich is considered one of the most remarkable women in the Roman Catholic Church and one of the most significant leaders in ecumenical, interreligious and intercultural dialogue.Because of her life-long commitment to build bridges of peace and unity among individuals, generations, nations and social and cultural groups, involving people of all ages, cultures, and beliefs, she received numerous awards, including the UNESCO Prize for Peace Education (Paris 1996) and the Human Rights Award of the Council of Europe (Strasbourg 1998). The name “Chiara Lubich” has entered the history of spirituality of the 20th and 21st centuries and is included among spiritual masters and mystics. Countless people continue to follow her way of life because of its genuine evangelical message, universal dimension and cultural and social impact. She created “an example of a new planetary, prophetic and emancipatory humanism,”as recognized by the numerous honorary doctorates conferred on her by universities in various parts of the world.

Founded in1943, the Focolare Movement, a lay organization was dedicated to peace, spiritual renewal, and ecumenical dialogue. Lubich, who trained as a teacher, felt a religious calling and changed her name to Chiara in honour of St. Clare of Assisi but rejected joining a convent. She laid the foundations for the Focolare (“hearth”) Movement when she and other young women studied the Bible while gathered together during World War II. Lubich worked tirelessly to expand the movement’s values of spiritual unity and devotion to the poor in war-ravaged Europe and later, throughout the world. Pope John XXIII endorsed the Focolare Movement in 1962 and in 1990 the Vatican approved the group’s formal constitution. By 2008 the movement claimed 18 branches in 182 countries and millions of followers, including several thousand living in religious communities. Lubich’s many personal awards included the Templeton Prize for Progress in Religion (1977), the UNESCO Prize for Peace Education (1996), and the Council of Europe’s Human Rights Prize (1998). 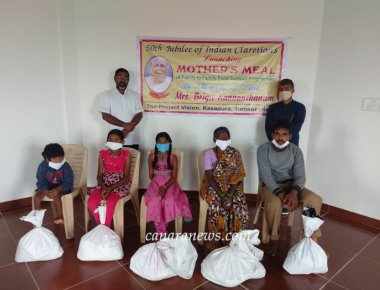