Udupi (The Hindu): Members of the Udupi District Bank Employees Association staged a dharna in front of the Clock Tower here on Thursday opposing the merger of five subsidiary banks into the State Bank of India (SBI). 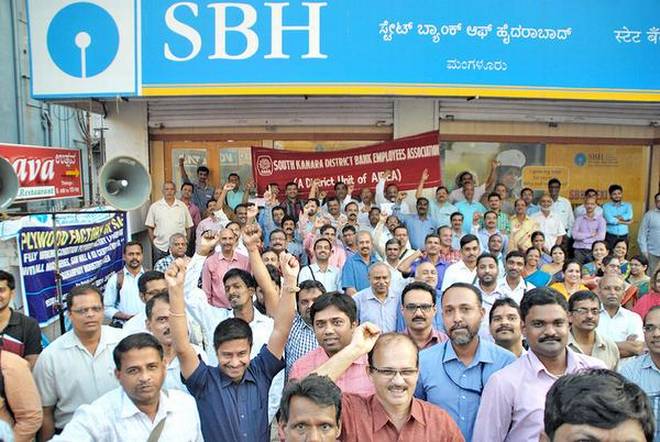 After making the State Bank of India a big bank, the government’s intention was not to keep it under its control, but to privatize it, Mr. Acharya said.

Ram Mohan, President of the Association, Herald D’Souza, Secretary, and other office bearers, were present.