Bengaluru, DHNS: Senior BJP?leader K?S?Eshwarappa finds no place in three internal teams announced by the state BJP?that will tour the state to assess the drought situation and relief measures taken by the government. 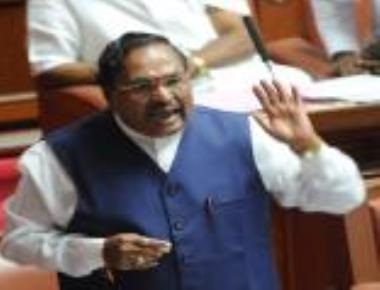 The teams will be headed by BJP?state president B?S?Yeddyurappa and senior leaders Jagadish?Shettar and R?Ashoka. The teams will tour the state between December 28 and January 20.

Party sources said Eshwarappa had been kept out of the team at the behest of Yeddyurappa. The duo are indulging in a slugfest as Eshwarappa is identifying himself with the Sangolli Rayanna Brigade, a forum for the welfare of other backward classes and dalits. Hitherto, the BJP?had always chosen Eshwarappa to head such teams, considering his seniority.

Eshwarappa claimed on Tuesday that the Sangolli Rayanna Brigade, with which he was associated, had the blessings of the party top brass, reports DHNS?from Belagavi.

He said except Yeddyurappa, no other leader was opposed to the brigade. Eshwarappa told reporters here that during his discussions with the party’s national president Amit Shah and Union Home Minister Rajnath Singh, they appreciated the efforts to bring the oppressed and backward classes under the Brigade.