Bengaluru, DHNS: Cracking the whip on those associating with the Sangolli Rayanna Brigade, the BJP suspended former Bengaluru mayor D?Venkatesh Murthy from the party’s primary membership. 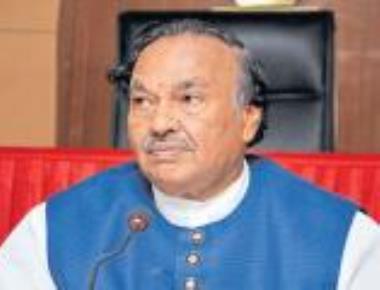 Murthy, a close aide of senior BJP leader K S?Eshwarappa, is a three-time Bengaluru corporator and became mayor with Eshwarappa’s support. He is the founder president of Sangolli Rayanna Brigade, which is patronised by Eshwarappa. Murthy is now the general secretary of the Rayanna Brigade and senior vice president of Kurubara Sangha. Murthy holds no post in the BJP.

Murthy said he received the suspension notice issued by BJP?city unit president P?N?Sadashiva on Tuesday. It says the party has suspended him with immediate effect on receipt of complaints about his reported anti-party activities. The notice has not mentioned the duration of the suspension. Eshwarappa is scheduled to attend a meeting organised by the Brigade in Padmanabhanagar in?Bengaluru on Wednesday. Murthy has taken the lead in organising the programme.

Murthy said, “I have not done anything to damage the interests of the party. I will be writing back to the party seeking revocation of my suspension.”

Eshwarappa said Sangolli Rayanna Brigade has no intention to make B S Yeddyurappa the next chief minister or bring the BJP to power. It’s only aim is upliftment of poor and downtrodden, reports DHNS from Kalaburagi. There has been a change in the brigade’s stance. Earlier, it had plans to make him the chief minister. But, he has stated that he doesn’t need the brigade’s support and, the public will make him the chief minister. On the advice of seers of various mutts, it has been decided not to extend support to any political party. The brigade will also not emerge as a political party, he added.