Mangaluru (The Hindu): Visits 93-year-old Carmine Mathias at her home in Mangaluru. Love for the woman who was his nanny nearly six decades ago brought Bahrain’s Foreign Minister Shaikh Khalid Bin Ahmad Al Khalifa all the way to Mangaluru. Now 93, Carmine Mathias had looked after the Minister and his brother in the early 1960s. She now lives in Bajpe on the outskirts of the city. 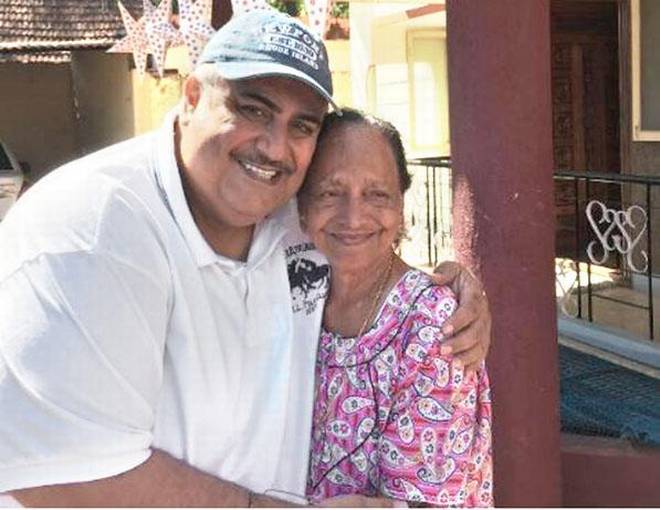 The Minister and his wife met Ms. Mathias at her home ‘Anna Francis’ on Wednesday and Thursday, a family member told The Hindu.

After meeting the nonagenarian, the Minister posted a photo on Twitter with the note: “With my nanny who looked after me as her son since my childhood; Mama Carmine Mathias, at her home in Manglore, Karnataka... she came to Bahrain when she was 35 years old in January 1959. Now she is 93. She looked after my late brother Abdalla, myself and my two younger sisters Maie and Lulwa. She gave us the best of her love and care... we cherish every moment in our life with her. May God bless her soul and give her good health and longevity.”

Franics N.P. Monteiro, a family member of Ms. Mathias and who is Principal, A.J. Institute of Allied Health Sciences here and also a professor of forensic medicine at the A.J. Institute of Medical Sciences, said that his grandma’s last visit to Bahrain was in late 2012. After spending some months there, she returned to Mangaluru in May 2013. Since then the family of the Minister was in constant touch with his grandma on the phone.

Dr. Monteiro said: “We are humbled by their presence. Their simplicity is worth emulating. My grandma is happy.”