City spruced up for Mangaluru Dasara

Mangaluru (The Hindu): Sharada and Navadurga idols to be installed at Kudroli today. Colourful lights installed on false ceilings resembling palace interiors lend a royal look to the air-conditioned marriage hall at the Gokarnanatheshwara Temple at Kudroli. It will be the cynosure of all eyes during the 11-day Manganluru Dasara programme beginning Saturday. 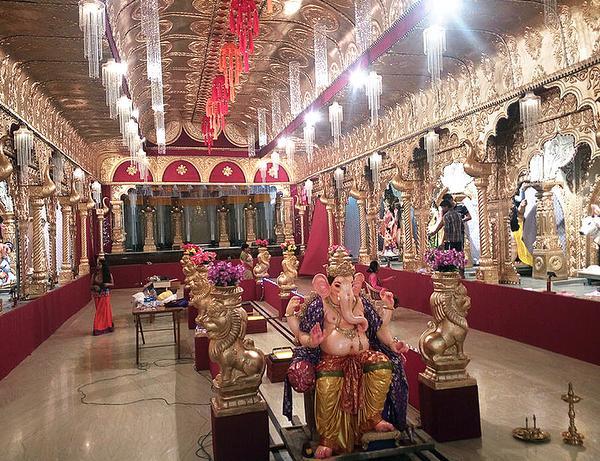 Mr. Suvarna, who represents Survarna Arts firm from Mulky, said that he had been into preparing the stage for the Navadurga idol display for the last 25 years. This year, he has given a royal touch to the venue.

“While the centre stage is for the Sharada idol, the nine idols will be on the either sides of venue that resembles a royal courtyard. LED lights and acrylic hangings enhance the feel of the venue. The team has taken nearly a month to prepare the stage,” he said.

Beautician Radhika Bhat from Bokkapatna and four others have been entrusted with the task of decorating the Sharada idol for 11 days. This team has also been given the responsibility of putting the traditional headgear made of Shankarapura Mallige for the Sharada idol on October 11 when ‘shobha yatra’ will be held.

Mangaladevi Temple at Bolar has also been decorated for Navratri. An exhibition of dasara dolls will be an attraction at Sharavu Mahaganapathi Temple.