The long and winding road to the cave shrine atop Bababudangiri Hills, near here, turned saffron on Tuesday. Amid heavy mist and a steady drizzle, hundreds of devotees clad in saffron robes attended the final day of the three-day Datta Jayanti celebration. 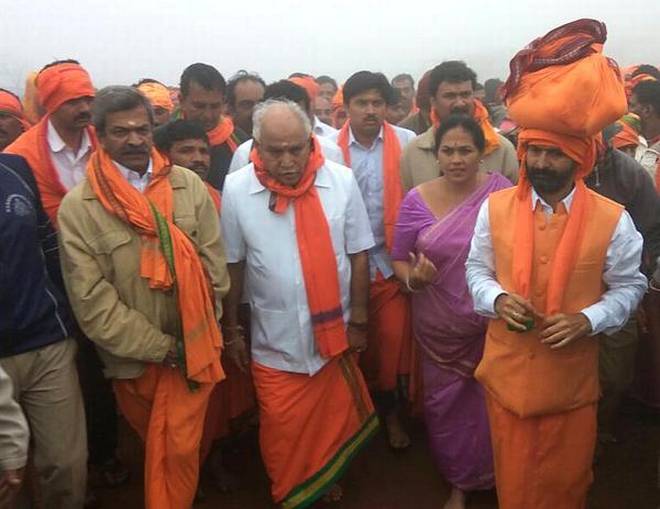 The participation of BJP State president and former Karnataka Chief Minister B.S. Yeddyurappa at the Datta Mala ritual after a gap of nearly a decade is being seen as an attempt to build further on the party’s Datta Peeta liberation campaign, which has helped the party gain strength in Chikkamagaluru and undivided Dakshina Kannada district.

Compared with the previous year, the turnout this year was significantly high, according to the police. The majority of people who attended were from Chikkamagaluru, Udupi, Dakshina Kannada, and Hassan. The Vishwa Hindu Parishad and other factions of the Sangh Parivar have been organising this annual event since the late 1990s. The organisers have been demanding that the Guru Dattatreya Bababudan Swamy Dargah, cave shrine known for its Sufi heritage, be declared a Hindu shrine.

The Supreme Court in 2015 directed the State government to decide on the title claims over the disputed site. However, the State Cabinet has not yet taken a decision.