Mangaluru (The Hindu): District Congressmen led by President B. Ramanath Rai staged a protest near Deputy Commissioner’s office on Saturday against demonetisation. 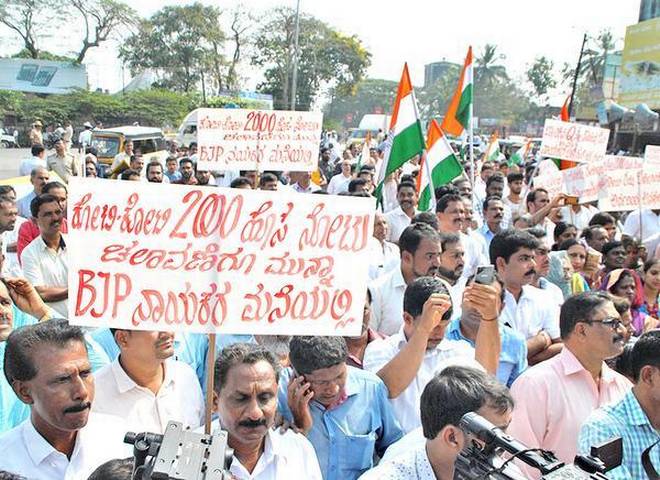 Mr. Rai said the move has adversely affected labourers and farmers, who are closely associated with cooperative societies, which have been badly hit.

He said the Prime Minister took the decision in consultation with a few persons, without following the democratic process.