Udupi (The Hindu): Pramod Madhwaraj, Minister of State for Fisheries, Youth Services and Sports, said on Saturday that the Manna Palla Lake in Manipal should be developed on the lines of the Pilikula Nisargadhama located on the outskirts of Mangaluru. 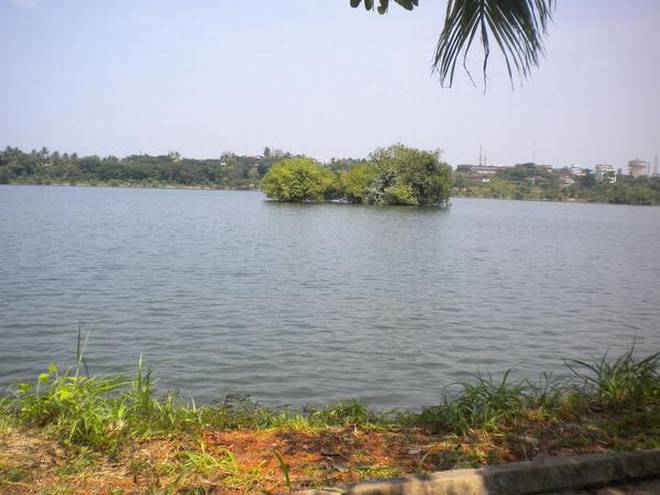 Mr. Madhwaraj said that the Manna Palla Lake could become a most-sought after tourist spot. He directed the officers of the Udupi Urban Development Authority (UUDA) to develop a butterfly park, an aquarium and other facilities, which would attract tourists.

His Ministry was planning to start an adventure sports centre on 2.5 acres of land belonging to the Department of Sports next to the lake. “No trees should be cut in the Manna Palla Lake in the name of development,” he said.

The agency, which had bagged the contract to develop the Manna Palla Lake, should stick to only those development works allotted to it. It should take written permission of the Deputy Commissioner before taking any new development work there, Mr. Madhwaraj said.

The canteen, which had been constructed near the boating point at the lake, should be shifted to a different place. The wild grass which had grown around the lake should be cut. New gates should be installed, if necessary, at the lake, he said.

Mr. Madhwaraj directed the officials to prepare a proposal, which would also help generate revenue for the development of the lake.