‘Face of Indian literature will change when more Muslims, Christians take up writing’

Mangaluru (The Hindu): While there are more works of Dalits in different languages, its unfortunate to see very few works by Muslims and Christians reflecting the pain of people in their communities, according to Marathi Dalit writer Sharankumar Limbale. 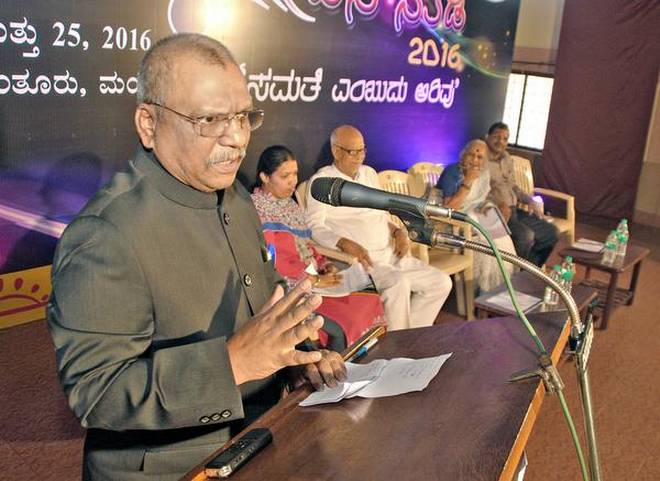 Inaugurating a two-day annual convention of activists from different streams, Jananudi, here on Saturday, Mr. Limbale said that there were a good number of works reflecting Dalits and their life in Hindi, Malayalam and other languages. But there are very few works from the minority communities, including Muslims and Christians, reflecting the pain they are going through. The pain that Dalits suffer are the same as those endured by people from minority communities.

Mr. Limbale said that the face of the Indian literature will change when more Muslims, Christians and Other Backward Classes communities take up writing.

Mr. Limbale said that still a lot needs to be done for Dalits to their fight against social ostracism. “We are still half way in achieving freedom envisaged by Babasaheb Ambedkar. We need to fight for the remaining half and fulfil the dream of the stalwart,” he said.

The former Education Minister B.A. Mohideen said that Jananudi should inspire the downtrodden to raise their voice for their rights and freedom. “Until this is done, you cannot prevent domination of the saffron groups over these communities,” he said.

Actor Chetan, who is fighting for rights of tribal people displaced in Diddalli in Kodagu, said that the tribal people were entitled to permanent rehabilitation. He said that the State government should carry out a survey of tribal families without land and shelter and give them proper facilities in a time-bound manner.