Mangaluru (The Hindu): A flower model of Rani Abbakka mounted on a horse and models of different varieties of fish and birds will be the added attractions as the four-day horticulture and floriculture show, begins at Kadri Park from Thursday.

The models will be made from Dutch roses and chrysanthemum. 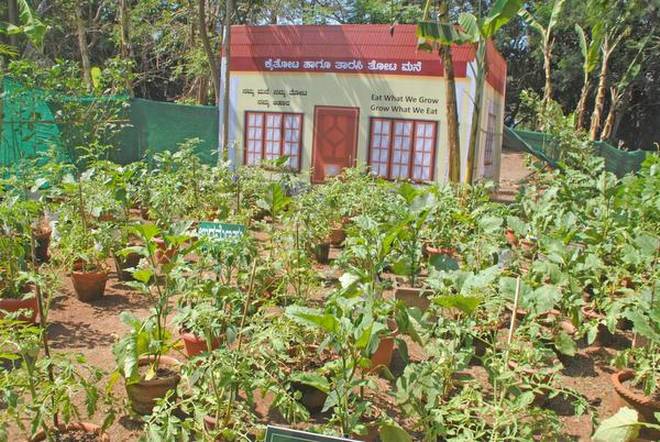 Addressing reporters here on Wednesday, M.R. Ravi, Chief Executive Officer, Dakshina Kannada Zilla Panchayat, said that people could purchase tickets in advance at the outlets of Hopcoms in the city.

In addition, there will be four ticket counters at the park to avoid rush of visitors.

The entry fee for adults will be ? 20 per person and for children it would be ? 10 per head. There would be free entry for senior citizens, special children and school children who came with uniform. The senior citizens would have to produce an identity card. There will be about 80 stalls, including some from the government. In the food festival at the venue, there will be 25 stalls.

Yogesh H.R., Deputy Director, Department of Horticulture, said that eight private nurseries will put up their stalls from which people could purchase plants and saplings. There will be other stalls selling value added products.

There will be models of kitchen gardens and terrace gardens. Vegetable carvings will also be on display.

The department would felicitate 15 farmers at the valedictory function on Sunday. Cultural programmes will be from 5.30 p.m. to 8.30 p.m. on those days. People can purchase seeds from stalls. Farm equipment would be on display along with manure.