Puttur (The Hindu): Danseuse Kshama Rao wanted the premises in Puttur where her father, Jnanapith award winner the late K. Shivaram Karanth, lived for nearly five decades to be developed on the lines of the Shakespeare Centre in Warwickshire. Her dream is now becoming a reality. 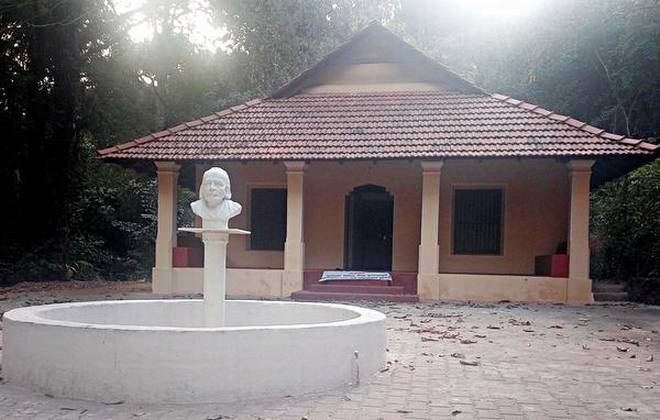 The house at Balavana, which was a source of inspiration for many of the classics of Karanth, has been restored to how it was when built in 1932.

“It looks the same. I, my brother Ullas [Karanth] and my sister have waited for long to see our house in its original form,” she says. The Bengaluru chapter of the Indian National Trust for Art and Cultural Heritage (INTACH) completed the work on restoring the house in October 2016. Work is now on to set up a museum titled ‘Balveye Belaku’, which was also the title of the first book of Karanth. The house and its adjoining building that was used by the writer will be part of it.

“The lifestyle museum will provide a glimpse into my father’s life,” says Ms. Rao. Puttur Assistant Commissioner Raghunandana Murthy, who is overseeing the restoration works in Balavana, said Deputy Commissioner K.G. Jagadeesha would call a meeting soon to zero in on the agency that would set up the museum. Ms. Rao expressed the hope that the museum would be ready by April.Following objections by family members of Karanth and artistes against the demolition of the house, the State government decided to restore it and assigned the task to INTACH. The government sanctioned ? 28 lakh for the work, which began in June 2016. The government has sanctioned ?1 crore for the second phase of the restoration work which, among others, include restoration of the building where Karanth conducted workshops on Yakshagana and carried out activities for environment protection.