I'll quit only if CM asks me to, says George

Bengaluru, DHNS: Bengaluru Development Minister K J George on Tuesday said he would tender his resignation only if Chief Minister Siddaramaiah asks him to do so.

Notwithstanding the mounting pressure from the Opposition parties, which have been gunning for his ouster ever since police officer M K Ganapathi committed suicide recently, George claimed that he was innocent in the case. He also asked the Opposition to produce evidence to show he had harassed the late officer.

An emotional George told the Assembly that nobody could make him step down except Siddaramaiah. “I am ready to face any kind of action if I am proved guilty. I haven’t done anything against my conscience. Let there be a probe. If the chief minister asks me to resign, I will do so,” he said.

Siddaramaiah, who was present in the Assembly, did not respond. Before ending his life, Ganapathi had named George and two police officers as responsible for his death. The Opposition has been demanding the resignation of George besides pressuring the government to file a case against him.

The police have booked an unnatural death case and the CID is probing into Ganapathi’s suicide. George, like Siddaramaiah, also played the minority card.

Looking at BJP leader Jagadish Shettar, he said, “You are Jagadish Shettar and I am K J George – that is the only difference. Our ideologies are different, but don’t say everything I do is wrong.”

This, however, did not go down well with the Opposition. “Don’t play the minority card. First tender your resignation,” Shettar shot back.

The minister said he had neither harassed Ganapathi nor played a role in the officer’s suspension or promotion. He said he had not received any complaint against the officer with regard to the church attacks in Mangaluru.

“If I was targeting the officer, then why would he be reinstated only a month after he was suspended?” he asked. Former Bengaluru City Commissioner, Raghavendra Auradkar, had suspended Ganapathi and later informed him (George), he recalled.

George said Ganapathi may have misunderstood him and the two officers, A M Prasad and Pranob Mohanty, whom he named in his suicide note. “If Ganapathi was facing harassment, he could have complained to Parameshwara or even the DG&IG or the chief minister,” he said.

Unimpressed, Shettar reiterated that George should own moral responsibility and resign. “If you are not a power monger, then why are you so fiercely protecting your seat. The government is trying to shut the case,” he added. 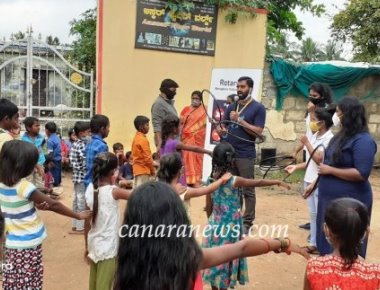